One of the more rare types of cancer that affects the nasal cavity and/or the paranasal sinuses is Sinonasal Undifferentiated Carcinoma (SNUC). 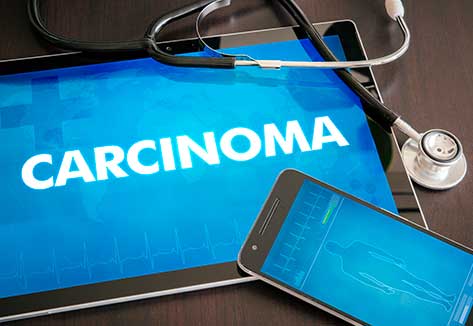 This type of Sinonasal cancer is very aggressive and often has a poor prognosis. Although recent research shows improvement in control of the disease locally preventing metastasis and survival rates, a positive outcome is dependent on early detection and treatment.

Early detection of Sinonasal Undifferentiated Carcinoma (SNUC) is very difficult as symptoms frequently mock other types of non serious illnesses such a sinus infection. Symptoms can include nose bleeds, nasal obstruction, runny nose, double or blurred vision. In many cases by the time Sinonasal Undifferentiated Carcinoma (SNUC) is detected the skull base has been affected.

Treatment options include chemotherapy, radiation treatments and surgery. It has been found in most studies that a combination of radiation treatment and surgery provided a greater chance of remission than radiation alone. Nasal cancer treatments can be very expensive and pose serious financial difficulties for patients and their families. Those who are diagnosed with the disease as a consequence of occupational wood dust or metals exposure may be eligible to recover their damages including medical costs, pain and suffering, and more.