Benzene is a dangerous chemical. According to the United States Department of Health and Human Services (DHHS), benzene exposure causes cancer in humans. 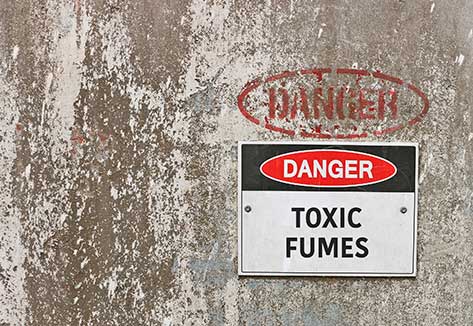 Long-term benzene exposure damages the bone marrow and can cause serious diseases, including several types of cancer. The effects of benzene exposure can be seen in the blood; benzene-related damage to the bone marrow can cause excessive bleeding and can hurt the immune system as well, increasing the risk for infection. Benzene and solvent exposure is a major cause of several blood-related cancers and diseases, including:

Benzene is known for its sweet odor. When it is a liquid, it is colorless to light yellow. It is highly flammable. Because benzene evaporates very quickly, those working with or near benzene are likely to breathe in the vapors, causing significant benzene exposure and increased risk of disease.