Who Does the Texas Lemon Law Cover?

Texans drive more than almost anyone else in America, whether across the state’s vast open highways or through the congested streets of its many cities. Texans purchase thousands of vehicles every year. Unfortunately for them, many of those vehicles don’t perform as expected. Many of those vehicles leave the factory with unfixable problems; these vehicles are often called “lemons.”

Texans who unknowingly purchase or lease lemon vehicles aren’t entirely without recourse. Both state and federal laws provide these consumers tools they need to seek justice. Both the Texas lemon law and the federal Magnuson-Moss Warranty Act offer wronged consumers the tools needed to get justice from their vehicle’s manufacturer and reclaim money spent on a bad vehicle.

The Texas lemon law specifically covers purchasers and lessees of motor vehicles. The consumer must have either bought the vehicle at retail from a Texas dealer and are therefore entitled to enforce the manufacturer’s warranty terms or leased the vehicle from a dealer or lessor. The Texas lemon law extends this protection over anyone to whom ownership of the vehicle is transferred during the manufacturer’s warranty period. For example, if someone buys a brand new vehicle and gives it to a family member, that family member is protected – as long as that transfer occurs within the warranty protection period.

The Texas lemon law specifically covers consumers who bought their lemon vehicle from a Texas dealer. If the consumer bought their vehicle out of state and it proceeded to develop problems shortly after moving to Texas, the state’s law has nothing to offer. They could, however, still pursue a claim using the federal Magnuson-Moss Warranty Act. The Act, as befitting a federal law, protects all Americans regardless of where in the United States they live or purchased their vehicle. 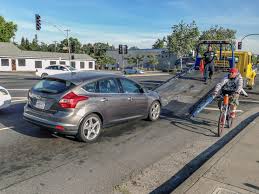 The state’s lemon law protects against what it calls “serious defects.” A serious defect is one that “substantially impairs the use or market value of the vehicle.” If the problem keeps the car from starting or being operated safely, for example a problem with safety restraints or the engine, it’s a serious defect. Problems affecting the vehicle’s resale value, such as a severely unpleasant smell or other similar persistent problem, also qualifies.

Having one’s vehicle declared a “lemon” isn’t as easy as just saying it is and then asking your vehicle’s manufacturer for compensation. That vehicle must first pass one of three tests to be considered a lemon under Texas law: the four times test, the serious safety hazard test, or the 30 days test.

A vehicle passes the four times test if the consumer takes it to a dealership for repairs two times for the same problem or defect within the first year or 12,000 miles, whichever comes first, and twice more during the first 12 months or 12,000 miles following the first repair attempt without the problem being fixed.

Texas consumers shouldn’t wait too long before beginning their lemon law process, however. Texans must file their complaint within six months of the vehicle’s warranty expiring or 24,000 miles driven after the vehicle is delivered; whichever comes first.

One disadvantage to pursuing a claim through the state lemon law as opposed to the federal Magnuson-Moss Warranty Act is arbitration. Texas consumers filing a complaint using the Texas lemon law must undergo arbitration before the law’s repurchase or replacement provisions are applicable. While arbitration can be faster and less formal than a filed civil lawsuit, it has several downsides and rarely resolves in the consumer’s favor.

However, consumers can pursue a claim under the federal Magnuson-Moss Warranty Act under much less strenuous conditions. Breach of warranty claims filed in Texas through the Magnuson-Moss Warranty Act follow the state’s statute of limitations, in this case four years. The Act also requires manufacturers pay the claimant’s attorneys’ fees if the claimant prevails against the manufacturer in court.

Those beneficial step Texans affected by a defective lemon vehicle can take is hiring a qualified lemon law attorney to help with their case. Lemon lawyers know the details and pitfalls involved in pursuing lemon law claims, and can help you navigate through the process quickly and efficiently. Thanks to the Magnuson-Moss Warranty Act you never have to pay your attorney out of pocket; they take their fees directly from your vehicle’s manufacturer. Don’t wait until it’s too late to get justice; contact the office of Allen Stewart P.C. today and get back behind the wheel.