What the Texas Lemon Law Does Not Cover

Every year in the United States, car consumers inadvertently purchase roughly 150,000 “lemon” vehicles according to the National Highway Traffic Safety Administration. These defective vehicles leave the factory containing repeating, unfixable problems. These problems can arise from poor design, manufacturing errors, substandard materials or any combination thereof. No matter the cause, these problems can cause consumers thousands of dollars in unexpected tow costs, alternate transportation fees, lost work wages and any number of unforeseen headaches.

Americans struck with defective vehicles can take heart, however. Numerous legal mechanisms offer recourse at both the state and federal levels. Since these defects throw the vehicle out of compliance with the manufacturer’s warranty, consumers can seek legal remedies through breach of warranty law. Each state has its own variant of breach of warranty or “lemon” laws, with minor differences state to state. Nationally, all Americans are protected by the federal Magnuson-Moss Warranty Act regardless of what state they call home.

The key to breach of warranty protections is the manufacturer’s written warranty. Manufacturers issue these warranties specifically outlining how long they will repair, for free, any problems found within the vehicle not caused by the owner. After the warranty expires, a consumer’s legal options drastically decline. Used vehicle are almost always resold long after the original manufacturer’s warranty expires.

A few states extend lemon law protections to used car consumers, but not all. Most states usually only care whether the vehicle is still covered under its original factory warranty, which most used vehicles are not. If a vehicle is bought and resold during the original warranty’s coverage period, it is still technically a used car but still covered by the lemon law. However, some states, such as New York, offer specific warranty protections for used vehicles beyond what is usually offered by the manufacturer. Other states don’t cover used vehicles at all, saying their lemon laws only cover the original retail owner and no subsequent owners regardless of warranty status. 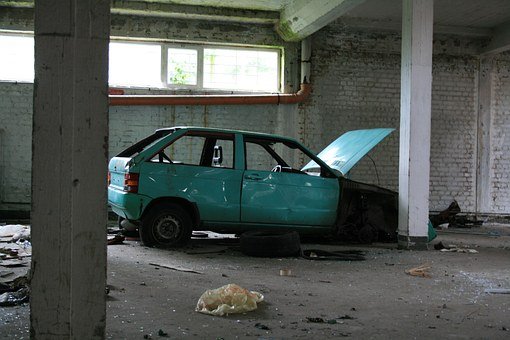 The Texas lemon law explicitly does not cover used vehicles. It covers vehicles purchased or leased from dealerships located in the state and are still within the warranty protection period outlined in the vehicle’s warranty provided by the manufacturer.

There is a reason lemon law attorneys exhort potential clients not to wait and to reach out quickly. In addition to the vehicle warranty period each state lemon law has a statute of limitations after which consumers cannot pursue legal action. The sooner the consumer acts, the better chances they have of getting legal satisfaction.

Statutes of limitations grant deadlines for initiating legal proceedings. Once the proscribed time period expires, a claim cannot be filed or would be dismissed on statutory grounds. United States law has statutes of limitations for both civil and criminal claims, though particularly serious criminal claims have no statutes of limitations. The statute lengths can also vary from state to state for their lemon laws, which can also differ from the statutes for federal laws. Qualified, experienced lemon law attorneys know how these statutes work and how best to work within their limits to make sure your lemon law claim not only sees the light of day but makes its way through the legal system.

Used cars are almost always purchased not only after the original manufacturer’s warranty expires, but after the statute of limitations in the state has also elapsed. Texas consumers, for example, must file a state lemon law complaint no later than 42 months from the date the warranty became active. However, if the consumer drives the vehicle 20,000 in the first year after the vehicle’s delivery, the consumer would need to file the Texas state lemon law complaint before the car traveled another 4,000 miles, even if that occurs before the expiration of the 42 months mentioned above. Importantly, a Texas consumer should seek the assistance of a lemon law attorney to determine the time remaining, if any, to file a Texas state lemon law claim, and whether they should still try to file a claim depending on their specific circumstances.

“If a consumer is hoping to force the manufacturer to repurchase or replace their used vehicle, the Texas Lemon Law is not going to help the consumer achieve their goal,” said Andrew Ross, lemon law attorney with Allen Stewart P.C. “The only relief that may be afforded is that the consumer may be able to force the manufacturer to repair the problems experienced in the vehicle.”

The Magnuson-Moss Warranty Act of 1975 was first introduced in the U.S. Senate on May 14, 1973 by Sen. Warren Magnuson. Also known as the “Consumer Product Warranty and Federal Trade Commission Improvement Act,” the bill wound its way through various committees for two years before President Gerald Ford signed it into law on January 4, 1975.

The Magnuson-Moss Warranty Act arose in response to scores of alleged consumer rights violations by businesses in the 20th century. For many years American consumers could rely only on their wits when dealing with potentially unscrupulous vendors. However as the economy grew more complex and more steps separated the producer from the end consumer, newer laws were needed.

By the 1970s, Americans were sick of what they perceived as rampant abuses of consumer rights by companies, and petitioned their elected officials for a change. Americans wanted governmental oversight over how companies handle warranties, and more power to stick up for their rights when companies don’t hold up their end of the deal.

The Act requires companies designate any warranties they offer as either “full” or “limited” and specify exactly what they cover in a single, clear, easy-to-read document. They must also make the warranty conspicuously available for consumer review, allowing consumers to shop for warranty coverage before making a purchase.

Magnuson-Moss makes companies distinguish clearly the difference between “full” and “limited” warranties, and mandates those companies remedy any problems covered by the warranty within a reasonable time. The warrantor can’t limit the products implied warranty or limit consequential damages for breaching that warranty unless that exclusion appears clearly in the warranty’s text.

The Act empowers consumers, giving them tools they need to face companies in court when they don’t stand by their warranties. Consumers can pursue claims in court, such as lemon law claims, and take their attorney’s fees from the company if they prevail.

Used cars almost never have options under lemon laws, but only a qualified lemon law attorney will know for sure. If you believe you may have a claim under your state’s lemon law or the federal Magnuson-Moss Warranty Act, contact the office of Allen Stewart P.C. today. A lemon law attorney will explain all your options to you, including repurchase, replacement, or settling out of court. Your attorney will work with you throughout the claims process, keeping you up to date on your claim’s latest developments and requesting additional information or documents from you when needed.

The lemon law attorneys at Allen Stewart P.C. have pursued claims for many years, getting many positive outcomes for their clients. They aren’t afraid to press automotive manufacturers and get you the justice you deserve. The longer you wait to file a claim, the more difficult the process will be. Don’t waste any more time; contact Allen Stewart P.C. today.