The National Highway Traffic Safety Administration estimates automotive manufacturers sell roughly 150,000 lemons – vehicles with repeated, unfixable problems – each year. However, Americans bought approximately 17.2 million vehicles in 2018. That’s fewer than 1% of cars sold each year. As such, the average American may not be familiar with the lemon law claims process – until it happens to them. Luckily the lemon law attorneys of Allen Stewart P.C. can help you get the compensation you deserve. They have combined decades of experience helping consumers become clients and get back behind the wheel as quickly as possible, without charging them a dime out of pocket.

State and federal laws refer to defects found in lemon vehicles as “nonconformities,” as they throw the vehicle out of conformity with the manufacturer’s warranty. Nonconformities can include seemingly minor problems such as foul smells, rattling noises or malfunctioning air conditioning. These “minor” problems can negatively affect a vehicle’s value. Nonconformities also include more serious problems including defective airbags, engines, transmissions or other problems that affect the vehicle’s safe operation.

Lemon law attorneys are often asked how much potential clients must pay for representation. Many people believe legal representation is a luxury and don’t consider pursuing a claim, thinking they can’t afford it. However a consumer filing a lemon law claim doesn’t have to pay a dime out of pocket. The Magnuson-Moss Warranty Act of 1975, the bedrock upon which contemporary American lemon law lies, requires manufacturers who lose in court pay attorney’s fees for the consumer they wronged. This means your lemon law lawyer gets their money as part of the judgement you win, and you pay absolutely nothing out of pocket. This provision puts legal assistance within reach of the average American and makes it easier for a consumer whose already spent their money on a problematic vehicle.

“In general, the Texas Lemon Law does not offer much relief to consumers who purchased used vehicles,” Ross said. “If a consumer is hoping to force the manufacturer to repurchase or replace their used vehicle, the Texas Lemon Law is not going to help the consumer achieve their goal. The only relief that may be afforded is that the consumer may be able to force the manufacturer to repair the problems experienced in the vehicle.” 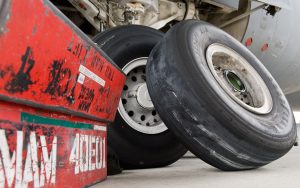 Consumers often ask what they stand to gain from filing a lemon law claim. Each specific claim is different, and what you return depends on your specific circumstances. You may simply receive cash compensation, leaving you with both additional money and the defective vehicle. This money is yours to do with however you like, whether that is a down payment on a new vehicle, purchasing a less expensive vehicle outright, or any other purpose you choose.

Another possibility is the manufacturer replacing your vehicle with a vehicle that is substantially identical to the vehicle you initially purchased, though hopefully one without the repeating, unfixable problems as your lemon vehicle. The replacement vehicle must include the same service contract that was included with the first vehicle, and whatever factory or dealer options the original had. The manufacturer must also reimburse you for any incidental expenses incurred as a result of the defective vehicle, including car rental or towing expenses.

The manufacturer may also offer a third option: repurchase. The manufacturer will simply offer to buy the vehicle back from you, refunding whatever monthly payments and down payment you made, as well as collateral charges (taxes, finance charges, registration, etc.), incidental expenses brought on by the defective vehicle and any remaining balance on your loan.

For both repurchase and replacement, manufacturers can withhold a “mileage offset.” This is an amount of money calculated differently depending on each state law. Generally it takes into account how much you drove the vehicle between when you first received it and when you first reported a problem. Mileage offsets specifically apply to settlements where the company agrees to replace or repurchase the defective vehicle.

Consumers often ask lemon law attorneys how long a lemon law claim takes to resolve. That depends on several factors. The fastest claim resolutions finish when the manufacturer agrees to settle outright and offer a buyback. Buybacks can occur in as little as three weeks. This is a best-case scenario as the manufacturer could oppose your claim and fight it in court, drawing the process out much longer. Consumers can help their lemon law claim move quickly by reporting any problems to their manufacturer promptly and keeping detailed reports of each repair visit. Building a rock-solid claim with detailed records hinders the manufacturer’s efforts to fight the claim, encouraging them to settle. Of course, no lemon law attorney can ensure your claim will take any particular length of time; they can only advise you on what steps you should take and what offers from the manufacturer you should accept. Any lemon law attorney that tells you they can get a settlement offer within a specific period of time is not one with your best interests at heart.

The federal Magnuson-Moss Warranty Act, however, protects lessees just as it protects consumers who purchase the vehicle. If a consumer’s state law fails to protect them, Ross suggests pursuing a federal claim instead.

Some consumers inquire at Allen Stewart P.C. wondering if we pursue breach of warranty cases for commercial vehicles, such as semi-trucks or buses. Ross said Allen Stewart P.C. doesn’t handle commercial vehicle breach of warranty cases. He said the firm could help those consumers using laws other than the Magnuson-Moss Warranty Act.

The lemon law attorneys of Allen Stewart P.C. are waiting to help you file your lemon law claim. They have combined decades of experience in taking on automotive manufacturers that fail to stand behind the products they sell. However statutes of limitations apply to lemon law cases so they longer you wait, the harder it will be to get the compensation you deserve. Contact the offices of Allen Stewart P.C. today and start the claim process. Consumers pay nothing out of pocket; reach out today and get back behind the well.