American consumers purchase millions of new vehicles every year: the Associated Press reported automakers sold 17.05 million new cars, trucks and SUVs in 2019 alone. Roughly 150,000 vehicles each year leave the factory with defects, according to the National Highway Traffic Safety Administration (NHTSA). These vehicles, built by manufacturers including Ford, General Motors, Kia and more, find their way to consumers while containing repeated, unfixable problems. These vehicles are considered “lemons” and can cost consumers thousands in repair costs as well as time lost dealing with their myriad problems. However, American consumers have options when dealing with lemon cars and the companies who build them.

Lemon laws vary from state to state in how they cover consumers; some states require a different number of unsuccessful repair attempts before declaring the vehicle a lemon. States also differ in how many days a car must remain out of service before it’s considered a lemon. Texas, for example, requires either four unsuccessful repair attempts for a non-serious defect, two unsuccessful attempts for a defect causing a serious safety hazard (faulty safety systems, braking issues, etc.), or 30 days out of service or more before declaring the vehicle a lemon.

Some state lemon laws extend to consumers who purchase used vehicles, but not all. Most states usually only care whether the vehicle is still covered under its original factory warranty, which most used vehicles are not. If a vehicle is bought and resold during the original warranty’s coverage period, it is still technically a used car but still covered by the lemon law. However some states, such as New York, offer specific warranty protections for used vehicles beyond what is usually offered by the manufacturer. Other states don’t cover used vehicles at all, saying their lemon laws only cover the original retail owner and no subsequent owners regardless of warranty status.

Regardless of the state in which they live, the Magnuson-Moss Warranty Act protects American consumers throughout the country. Acting as sort of a national lemon law, the Magnuson-Moss Warranty Act supersedes state laws at the federal level. The Act makes manufacturers use plain, easily understood language when writing warranties. It also gives the Federal Trade Commission powers to enforce these warranties and protect consumers. The Act requires companies make clear statements in their warranties, otherwise those ambiguities will be held against the company in court.

The Magnuson-Moss Warranty Act of 1975 was first introduced in the U.S. Senate on May 14, 1973 by Sen. Warren Magnuson. Senators John E. Moss and Frank Moss co-sponsored the legislation.

The Act is also known as the “Consumer Product Warranty and Federal Trade Commission Improvement Act. The bill, known as Senate Bill 356 before becoming law, wound its way through various committees for two years before President Gerald Ford signed it into law on January 4, 1975.

The Magnuson-Moss Warranty Act arose in response to scores of alleged consumer rights violations by businesses in the 20th century. For many years America’s main consumer law was caveat emptor: let the buyer beware. It was incumbent on the consumer themselves to take requisite caution when making purchase. However as the economy grew more complex and more steps separated the producer from the end consumer, newer laws were needed. 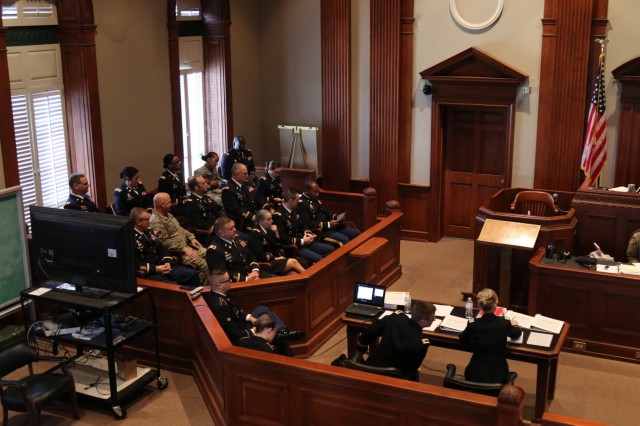 By the 1970s, Americans were sick of what they perceived as rampant abuses of consumer rights by companies, and petitioned their elected officials for a change. Americans wanted governmental oversight over how companies handle warranties, and more power to stick up for their rights when companies don’t hold up their end of the deal.

The Act requires companies designate any warranties they offer as either “full” or “limited” and specify exactly what they cover in a single, clear, easy-to-read document. They must also make the warranty conspicuously available for consumer review, allowing consumers to shop for warranty coverage before making a purchase.

Magnuson-Moss makes companies distinguish clearly the difference between “full” and “limited” warranties, and mandates those companies remedy any problems covered by the warranty within a reasonable time. The warrantor can’t limit the products implied warranty, or limit consequential damages for breaching that warranty unless that exclusion appears clearly in the warranty’s text.

The Act empowers consumers, giving them tools they need to face companies in court when they don’t stand by their warranties. Consumers can pursue claims in court, such as lemon law claims, and take their attorney’s fees from the company if they prevail.

The lemon law attorneys of Allen Stewart P.C. stand up for consumers’ rights using all the tools available to them, including lemon laws and the Magnuson-Moss Warranty Act. They have decades of experience taking on big corporations in defense of the average American, and don’t shy away from a fight in court. The longer you wait, the harder it will be to pursue your lemon law claim. Lemon law clients don’t pay a dime out of pocket. Call us today and get back on the road.