American “lemon laws” don’t pertain to produce as the term may suggest. Lemon laws, in fact, protect consumers who inadvertently purchase defective products. The National Highway Traffic Safety Administration (NHTSA) estimates American car consumers purchase roughly 150,000 defective vehicles each year. These “lemon” vehicles arrive at dealerships containing repeating, unfixable problems caused during the manufacturing process and can cost consumers thousands in unforeseen costs. These costs can come in the form of loss of work from not being able to drive, alternative transportation costs, repair costs, towing fees and the other hard-to-predict costs that come up when a vehicle breaks down.

Every automotive manufacturer in the world has made lemons, including Honda, Ford, General Motors, Toyota and many more. The problems that make a vehicle a lemon can range from the comparatively minor, such as a paint mistake or unidentifiable unpleasant odor to the very serious, such as a safety system failure, defective airbag or malfunctioning engine. Consumers who purchased a lemon vehicle aren’t completely out of luck; lemon laws offer consumers legal means to pursue compensation. Lemon law attorneys know how to use the laws to stand up for your rights and get you the justice you deserve.

Breach of warranty laws are also known colloquially as “lemon laws,” as defective vehicles are often called “lemons.” The Online Etymology Dictionary states the term “lemon” used for an inferior product arose in the early 20th century, when a “lemon” referred to a person of low intelligence. Another possible source was British pool hall slang, where a “lemon game” was one played by a hustler to dishonestly rook someone out of money. However, the most widely accepted origin is a British phrase. To them, “handing someone a lemon” meant passing a good off as better than it actually was.

Each state in America has its own version of the lemon law, offering slightly different standards of protection. All lemon laws, however, cover what they refer to as “nonconformities.” A nonconformity” is any defect or problem caused before the vehicle’s arrival to the consumer. Many things can cause defects, including substandard materials, human error during the manufacturing process, faulty components or any other reason. The cause is less important than the result: the problem throws the vehicle out of conformity with its written warranty, hence the term.

Lemon laws do have their limits, however. The Texas lemon law for example does not cover problems the consumers themselves cause. If the problem you’re experiencing is caused by post-purchase damage or an unauthorized after-market modification, you’re very likely out of luck. The law also does not cover minor issues such as stereo problems or minor rattling noises. Another limitation involves leased vehicles. Many states do not extend lemon law protections to consumers who lease vehicles as opposed to buying them. Texas, on the other hand, does protect consumers who lease vehicles.

The single biggest limitation to the Texas lemon law is that it does not cover used vehicles. The law’s protection hinges on the written manufacturer’s warranty included with the original purchase of the vehicle. If the defect is discovered during the warranty protection period, the consumer indeed has legal recourse. However almost all used vehicles are resold long after the written warranty’s protection expires. 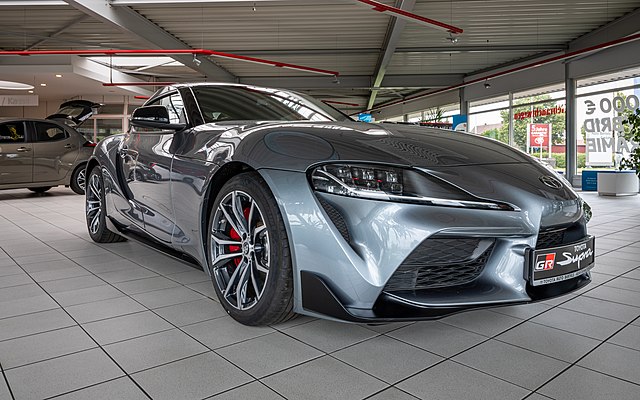 While in some cases a used car may still be covered by the original manufacturer’s warranty if resold during the warranty period, such an occurrence is rare. A qualified, experienced lemon law attorney will be able to help you determine if you have a claim.

Keeping to timeframes is vital for lemon law coverage. Texas consumers looking to file a lemon law claim must do so no later than 42 months from the date the warranty became active. However, if the consumer drives the vehicle 20,000 in the first year after the vehicle’s delivery, the consumer will need to file the Texas state lemon law complaint before the car traveled another 4,000 miles, even if that occurs before the expiration of the 42 months mentioned above.

Auto manufacturers usually offer one of two options when compensating you for a defective vehicle: repurchase or replacement.

Repurchase means the manufacturer refunds the consumer the full purchase price of the vehicle, including the actual price, sales taxes, title, registration and other fees. This does not include interest, insurance costs or finance charges. The law also states the manufacturer must pay “reasonable incidental costs resulting from the loss of use of the motor vehicle.” The Texas lemon law defines these costs as rental car fees, towing costs, phone or mail communications made when contacting the dealership or manufacturer, personal property damage, attorney’s fees if the consumer hires an attorney after learning the manufacturer has also hired an attorney, and even room and board if the vehicle fails while on an out-of-town trip.

If you think you have been a victim of auto fraud, contact Allen Stewart. The consultation is free.

The manufacturer can however withhold a “reasonable allowance for the consumer’s use of the original vehicle” when determining how much money to refund. The manufacturer determines how many miles the consumer drove the vehicle before reporting the defect and calculates a certain amount to subtract from the final total amount refunded to the consumer. This illustrates why it is important to report any defects with your new vehicle as soon as possible.

Replacement is simply when the manufacturer provides a functioning vehicle comparable to the original defective vehicle. Comparable, in this case, meaning one of a similar make and model. Much like in case of repurchase, the manufacturer can withhold a reasonable allowance for miles driven before reporting the defect.