American consumers buy millions of new cars every year, but unfortunately many of those end up defective. The National Highway Transportation Safety Administration (NHTSA) estimates 150,000 vehicles sold in the United States each year contain these defects. These vehicles, colloquially known as lemons, come from many manufacturers around the world. Ford is one of those manufacturers and has its own history of defects and vehicle manufacturing issues. Many factors can cause defects including substandard raw materials, faulty components, manufacturing errors and human mistakes. Regardless of the cause, these problems cost American consumers missions of dollars each year in repair costs, lost wages and other disruptions to their everyday lives.

State and federal “lemon laws” provide legal options to consumers who inadvertently purchase lemon vehicles. Each state has its own law with variations on how much protection they provide and how long. The Texas lemon law covers consumers who unknowingly purchase vehicles afflicted with unfixable defects. The law refers to these defects as “nonconformities,” as their presence throws the vehicle out of conformity with its written manufacturer’s warranty. The Texas lemon law specifically covers “serious defects,” defined as a problem that “substantially impairs the use or market value of the vehicle.” If the problem makes it harder for the consumer to safely use the vehicle, such as an engine or braking problem, the Texas law covers it. If the problem makes it harder for the consumer to sell the vehicle close to market value, such as a constant rattling noise or problem with the paint, the Texas lemon law covers that as well.

Do you own a lemon Ford ? Contact Allen Stewart today.

The law doesn’t cover problems the consumers caused themselves, however. If the manufacturer can trace the problem to the consumer’s abuse, neglect or unauthorized modifications to the vehicle, they won’t cover the costs of repair. For example, the defect in question is caused by after-market changes or a failure to keep up with regular maintenance, that’s on the consumer.

One lemon law buyback event that recently concluded was the Ford lemon law buyback involving the Ford Focus and Ford Fiesta. The Ford Focus buy back began when consumers who purchased the 2012-2016 Ford Focus and 2011-2016 Ford Fiesta vehicles started reporting their vehicles lunging, jerking, shuddering and hesitating during acceleration. Experts quickly deduced the problem traced back to these vehicles’ “PowerShift” transmission.

Many Ford consumers participated in the Vargas class action lawsuit against Ford, while others opted out and pursued their own cases independently. Throughout 2020 many consumers reported receiving payments from Ford in compensation for their problems with their Ford Fiesta or Ford Focus vehicles.

Ford Focus and Ford Fiesta consumers affected by the Powershift transmission problems could participate in the Ford buyback program and potentially receive compensation for defect-related losses. However, based on the settlement’s terms, many consumers could have recovered more by opting out and pursuing an individual legal claim rather than accept the class action settlement.

Allen Stewart P.C. attorney Andrew Ross said the Vargas settlement’s stringent requirements meant many consumers could have seen a much better outcome if they opted out of the Ford buyback program.

“It takes a whole lot of effort and verification,” Ross said. “Many people aren’t going to get much money.” 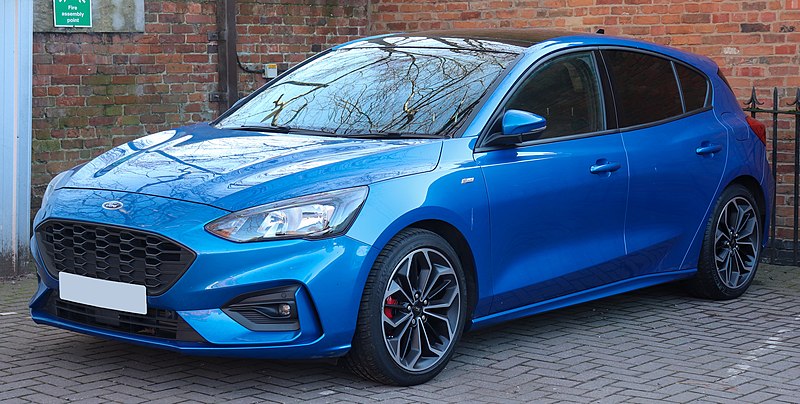 Case documents state consumers who purchased a 2012-2016 Ford Focus or 2011-2016 Ford Fiesta may potentially be eligible for cash payments totaling no more than $2,325 or discount certificates up to $4,650 toward a new Ford purchase, or replacement or repurchase following arbitration but only if the consumer prevails in the arbitration.

Depending on the specifics of any individual claim, it can be easier to meet the standards of the Texas lemon law when pursuing a lemon law claim. The state’s lemon law states a vehicle must past one of three “tests” before it is considered a lemon and lemon law compensation can begin. Those are the Four Times test, the 30 Days test, and the serious safety hazard test.

Your best bet is always waiting until terms of financing are finalized and approved before leaving the dealership.

If your vehicle’s manufacturer attempts four repairs for the same problem and can’t fix it, the vehicle passes the “four times test,” one of three tests the vehicle can pass to be considered a lemon and for the consumer to begin lemon law remediation. The Texas lemon law has two other tests as well: the 30 day test and the serious safety hazard test.

A vehicle passes the 30-day test if it has been in the shop for repair because of problems covered by the original factory warranty for 30 days or more. Specifically these 30 days must occur during the first two years or 24,000 miles of ownership without a comparable loaner vehicle offered, and there were two repair attempts during the first year or 12,000 without any success.

The lemon law attorneys of Allen Stewart P.C. know the ins and outs of the Ford buy back program and know how to best handle lemon law claims involving any consumer vehicles, whether they be Ford vehicles or any other make and model. They have combined decades of experience with breach of warranty claims involving every major automotive manufacturer and have a proven track record of fighting these companies on behalf of their clients. The longer you wait, the harder it will be to get the compensation you deserve. Contact the law office of Allen Stewart P.C. today.