Consumers Opting Out of Granillo Can Receive More Compensation 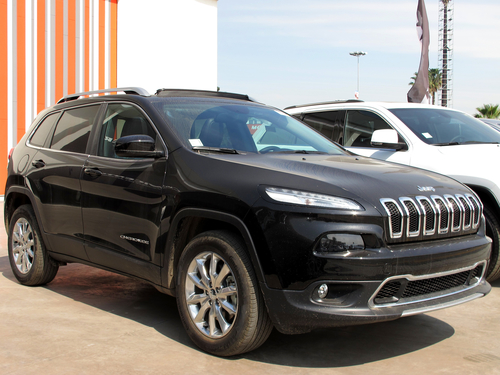 A class-action lawsuit involving Fiat Chrysler Automotive (FCA) transmissions may soon end with a settlement, though many affected consumers may be better off opting out and pursuing an individual claim.

The proposed settlement agreement would provide all eligible class members with an extended warranty. Those class members who made at least three “qualifying transmission complaints” to FCA can receive a cash payment up to $2,000 or a trade-in voucher of up to $4,000 toward the purchase of a new FCA vehicle.

Andrew Ross, breach of warranty attorney for Allen Stewart, P.C., said many consumers are better served opting out of the class-action suit and pursuing their own individual claim.

“These class-actions are designed to pay out as little as possible,” Ross said. “They’re having to cover thousands of vehicles across the country, and while they are paying out a lot of money each person gets a relatively small cash amount. If you don’t opt out of a class action settlement, you’re probably going to get less cash compared to if you opted out and pursued a case individually.”

Ross said to get the maximum cash repayment per the proposed Granillo settlement, an FCA customer must have six or more documented repair attempts. However, Ross said he only needs clients to have records of three repair attempts or more – and get more cash in hand for those fewer attempts.

“People normally recover, if they’re seeking cash, 10 to 20% of the cash value of their car, plus having their attorney’s fees paid for by the manufacturer,” Ross said.

Allen Stewart, P.C. represented Ford consumers who opted out of the Vargas class action and helped most of them recover anywhere from hundreds to thousands of dollars more than what they would have recovered had they stayed in the class-action.

“We generally are going to get a better cash recovery for people,” Ross said. “We may get the maximum or close to the maximum amount of cash offered with this deal with far less of an extensive repair history.”

If your Chrysler 200, Jeep Cherokee or Jeep Renegade is still under warranty, their warranties compel FCA to repair any recalled problems. If the dealership refuses to repair your warrantied vehicle, contact the manufacturer immediately. If the manufacturer does not remedy the situation, they are violating the warranty and a lawyer may be able to assist you.

Lemon law attorneys help their clients by dealing directly with the manufacturer on the clients’ behalf, working to promptly resolve the issue and get their clients back on the road. Thanks to the Magnuson-Moss Warranty Act, attorneys can seek their fees directly from the manufacturer, meaning a client can hire a lemon law attorney without having to pay attorneys’ fees directly out of pocket.