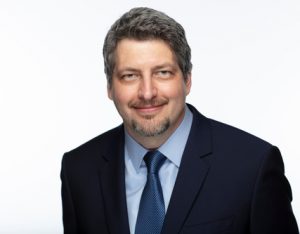 Outside of the office you’ll find Joseph spending time with family or attending a local sporting event or live concert.

Joseph has a passion for helping those in financial distress. He has over 15 years of experience in the areas of bankruptcy, business, and real estate law. Over the course of his career, Joseph has assisted thousands of individuals that were behind on their bills, many of whom were also facing a civil judgment or mortgage foreclosure.

Joseph not only obtains positive outcomes for his clients, but he also stresses the importance of attaining the financial skills necessary to build a solid financial future. After all, what’s the point of getting a “fresh start” if you don’t know to maintain the positive momentum that it will bring?

Born and raised in Michigan, Joseph is the first member of his family to become an attorney. He exemplifies traditional mid-western values, including a strong work ethic, kindness, and a deep caring for those in need of his expertise.

Prior to joining Allen Stewart P.C., Joseph worked for many large consumer finance law firms in Illinois, Florida, and Texas.

Joseph’s clients can expect to be treated as a member of his family. He is personally involved in every aspect of your case. When you hire Joseph, you are not only engaging a lawyer, you’re hiring a problem solver that will take a unique approach to your situation and someone that can and will show you the way to a brighter financial future.

“Financial issues can be stressful, but they don’t have to control your life.” -J. Modric